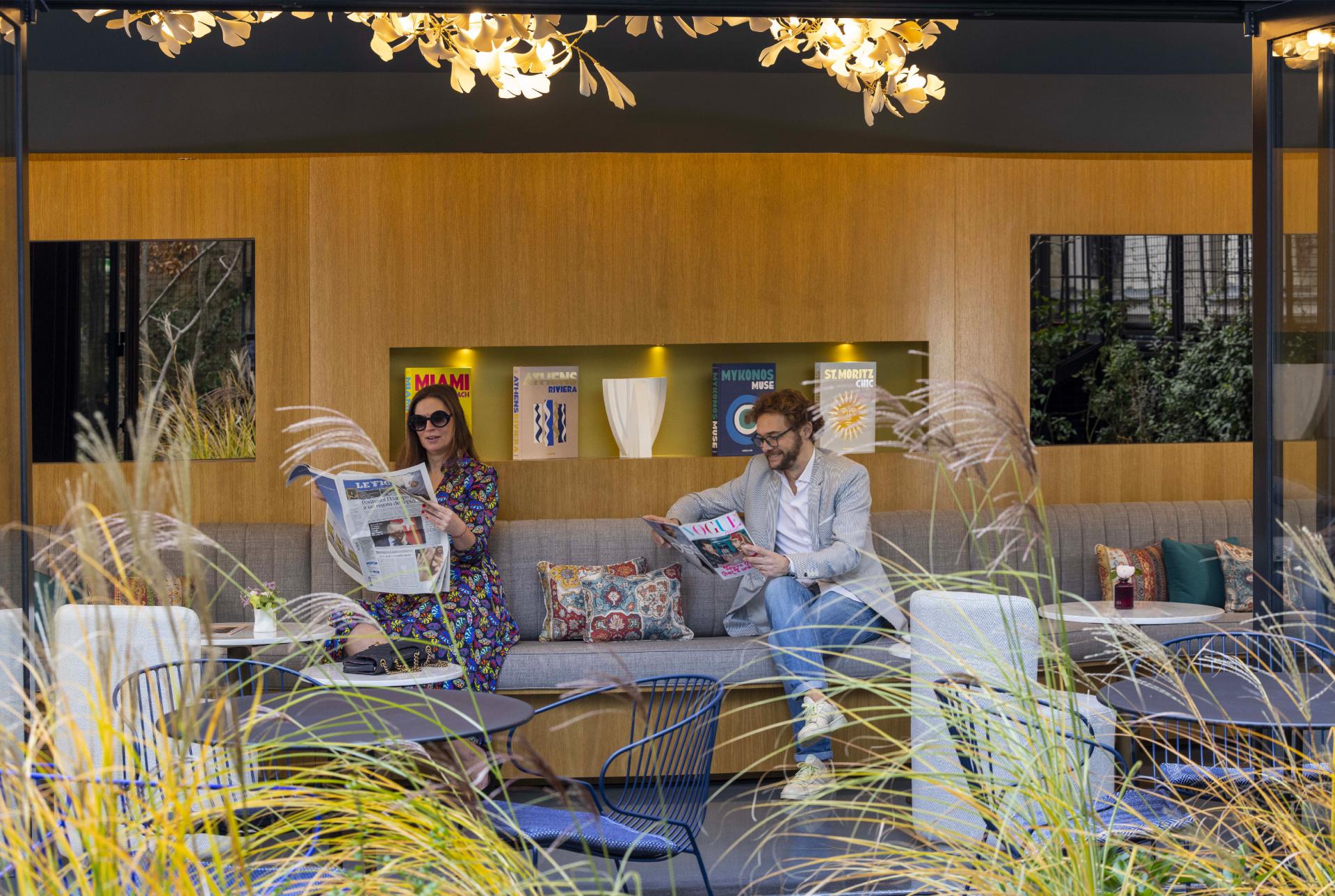 Le 5 Particulier is delighted to open its doors to you!

Published on 28 April 2022 in Newsletters

A former 19th century mansion, this building is steeped in history and anecdotes.

The mansion was built in 1865 by Gustave Gridaine (architect of the Cirque Medrano, commonly known as the Cirque de Montmartre).

It later belonged to Gaston Calmette, a noted journalist who was appointed editor of the daily newspaper Le Figaro in 1902. He is credited with rehabilitating the newspaper’s reputation after a financially and morally difficult period.

Mr. Calmette resided at 5 Rue Paul Déroulède until his death on March 16, 1914, when he was assassinated on the premises of Le Figaro by Henriette Caillaux, wife of the Minister of Finance at the time, Joseph Caillaux.
The case is still discussed today as one of the biggest French judicial scandals of all time. Supported by powerful and influential friends, Madame Caillaux was acquitted without penalty or serious repercussions.

Le 5 Particulier is very proud of its heritage, so the facade of the building has not been altered. In various places you can still find woodwork vestiges of the mansion’s fascinating past, especially in the breakfast room and the hall, a former entrance for horse-drawn carriages.

The second building, designed in Norman revival style, was added to the house in 1923 by the architect J. Reillat.
Formerly used as a guest house, it now houses our Deluxe and Classic rooms, which therefore command a delightful view of the bucolic splendours of our garden.

The last building is a much more recent but no less charming addition.
On the ground floor, you will find our Duplexes with their private tree-lined terraces. The second and third floors offer a delightful and relaxing view of the garden.

The 5 Particulier team is at your service to answer your questions and comply with your requests.

We look forward to welcoming you as our guest,